Skip to content
This year we decided against going to the Sydney Royal Easter Show, as I really want to take the kids to the Hawkesbury Show in just a couple of weeks time.
So when I saw that Luddenham was having their own Easter Festival, we decided to check it out.
It was small and had a very captive audience. You couldn’t do anything without paying for it. Well played, organisers.
We stayed for a little bit. The kids went on a few rides.
Luke really wanted to go in this thing: 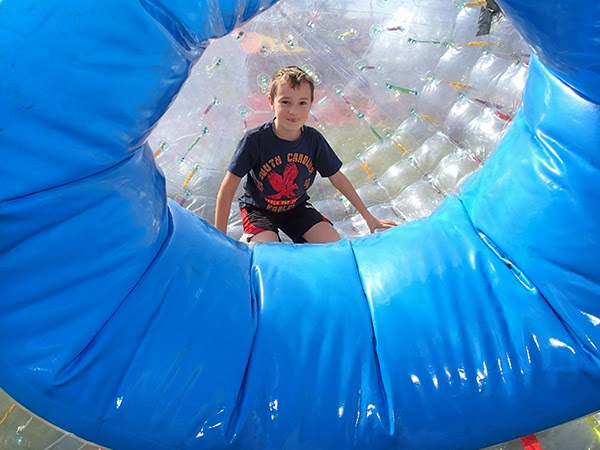 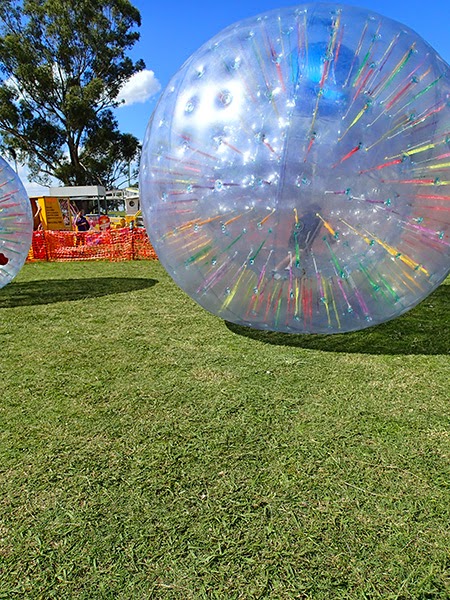 We went in the Maze of Mirrors. We wouldn’t have escaped, except we overheard someone saying how it works. 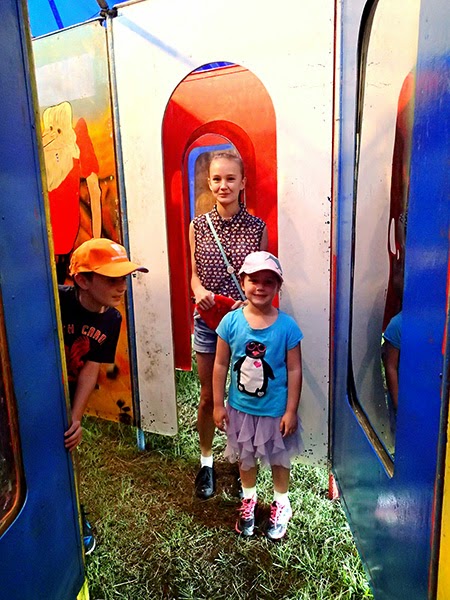 Steve and Kate really wanted to go on this thing: 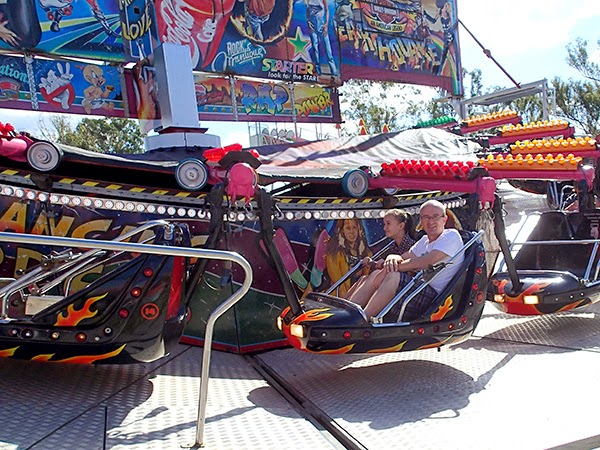 Which was a really bad idea. Kate gets car sick at the best of times, so you can imagine how she felt after going around in circles really, really fast. And then going backwards. Really, really fast again. At one stage she was leaning over the side of the seat and I thought she was going to be sick. Thankfully she wasn’t!
So while Steve and Kate’s tummy’s were settling down, Amy had a go of this: 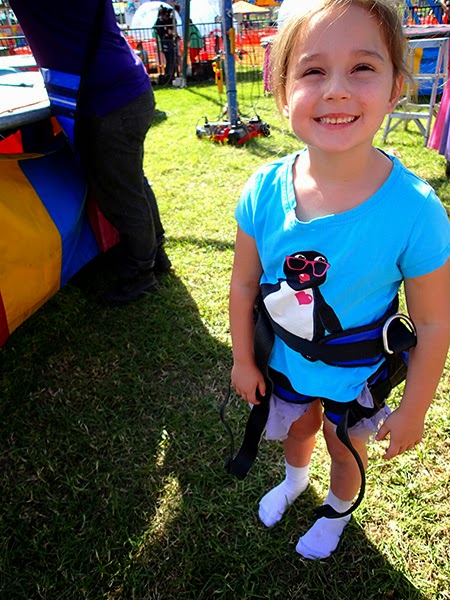 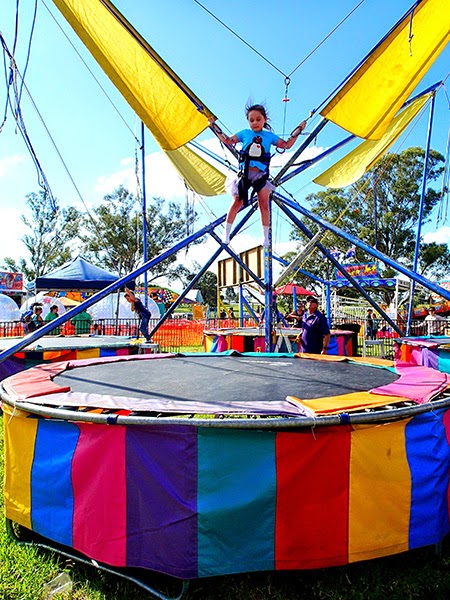 (Excerpt from Amy: i felt happy. i also felt happy on the trampoline and i felt happy when we got stuck in the mirror maze.)
Then a few arcade games: 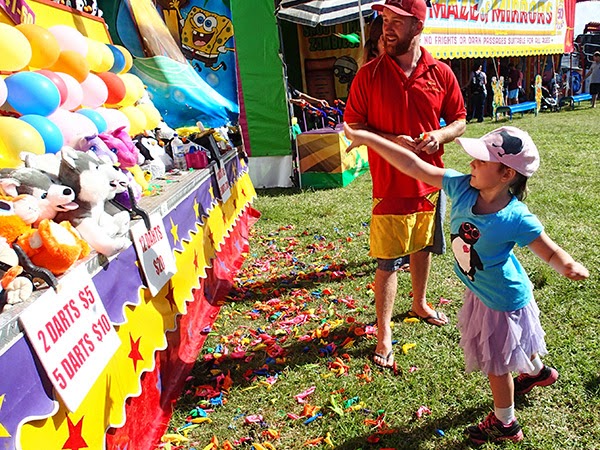 Winners are grinners, unless you feel like you’re going to be sick. 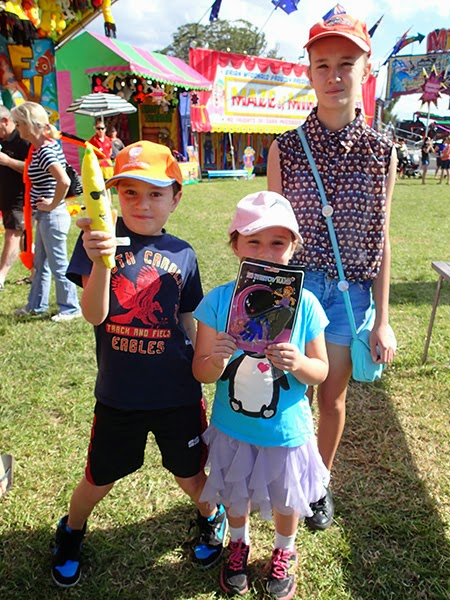 And with about a 5 minute walk from home, Kate and I hopped out of the car as she wasn’t going to make it home without seeing her lunch again.
We did have a fun time though. If it had a little more than just rides and arcade games, it would have been even better.