Skip to content
I decided to take the kids to Canberra for the October long weekend (I know, I’m behind on my posts!)
We had seen many an ad on TV advertising Mephisto at the Australian War Memorial. I thought it would be a good opportunity to see it as well as see Floriade.
We headed to the city centre to catch a bus to Floriade, but we had just missed it and we had to wait 25 minutes for the next one, so we decided to hop back in the car and head to the war memorial. 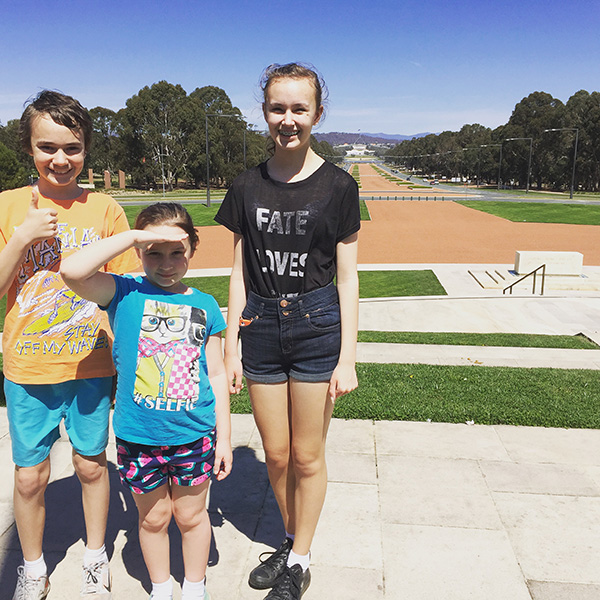 It was super busy. But we found what we were looking for: 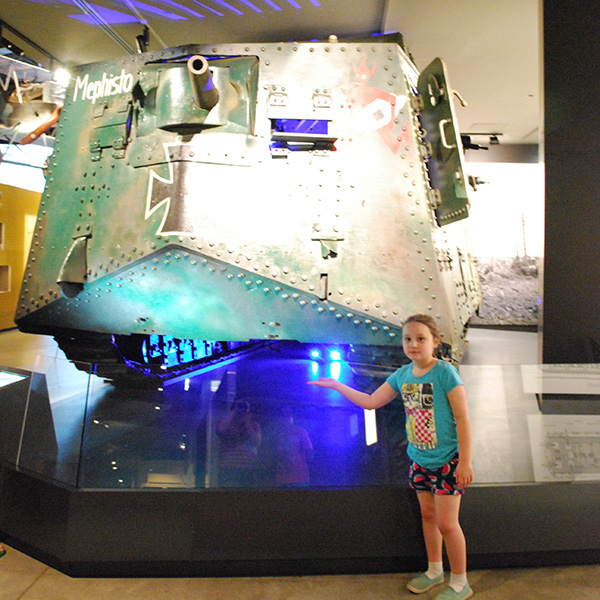 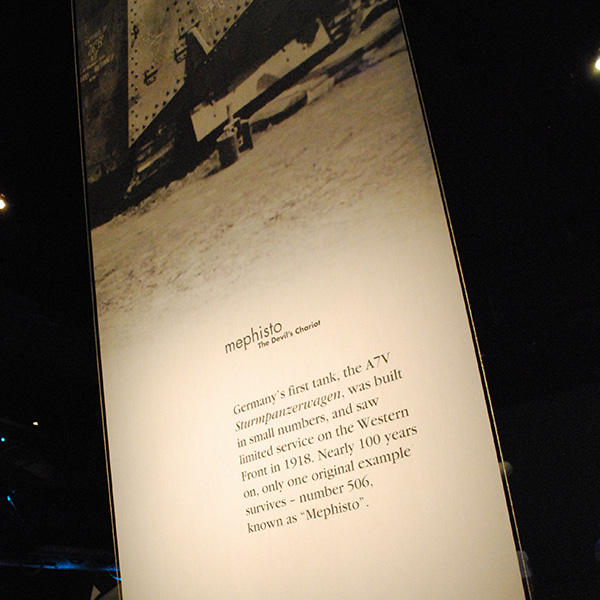 I haven’t been inside the memorial for many years so I was surprised with how much it has changed. They have an interactive area for the kids taking them through each war. The kids got to check out a helicopter so they were happy. 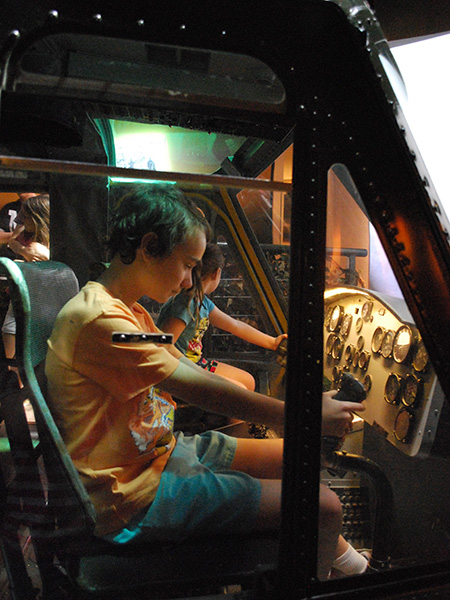 And of course, we placed our poppy as close as we could reach to my great-uncle who died in the Vietnam War. 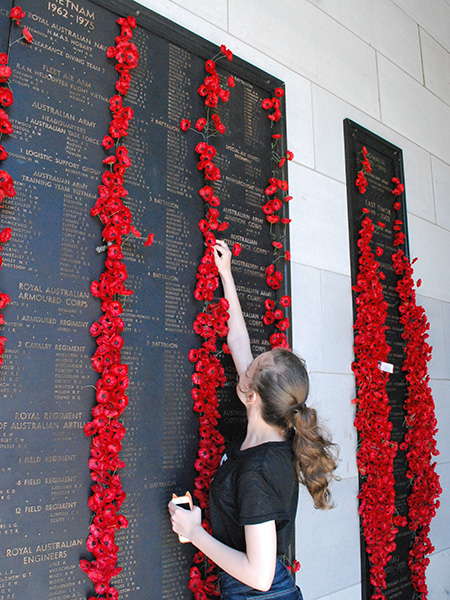 Then we headed on over to the city centre again and realised we were close enough to walk to Floriade and we didn’t need the bus after all!
So, what can I say about Floriade? There were lots of flowers. 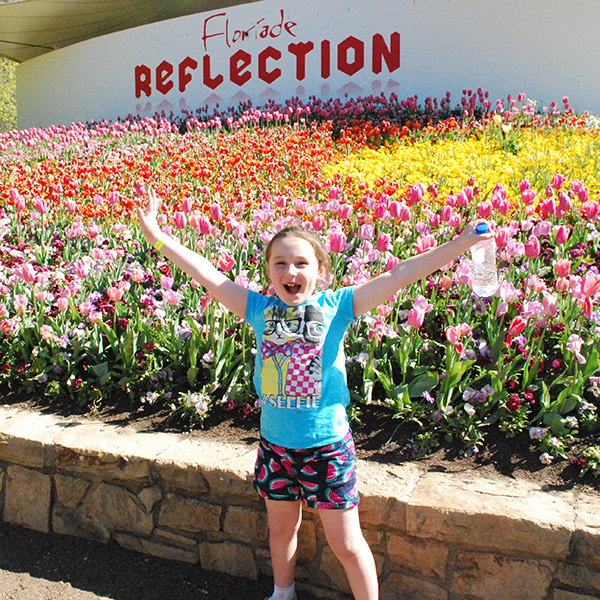 Some props to take strange photos: 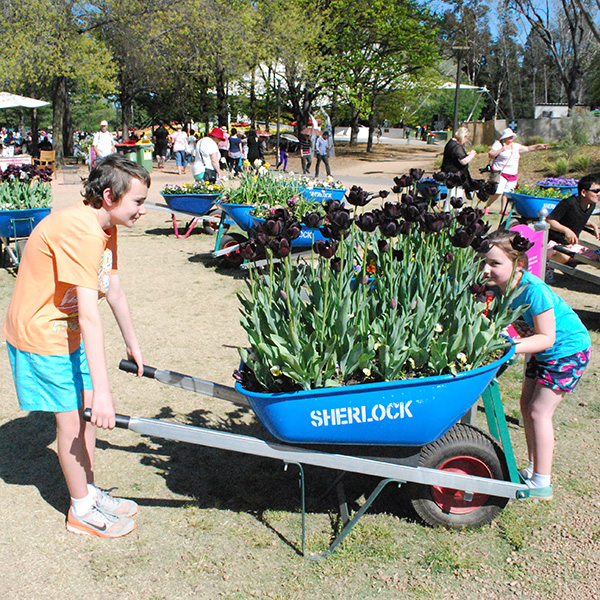 I don’t ask, I just click. And then, there were some more flowers, this time with water. 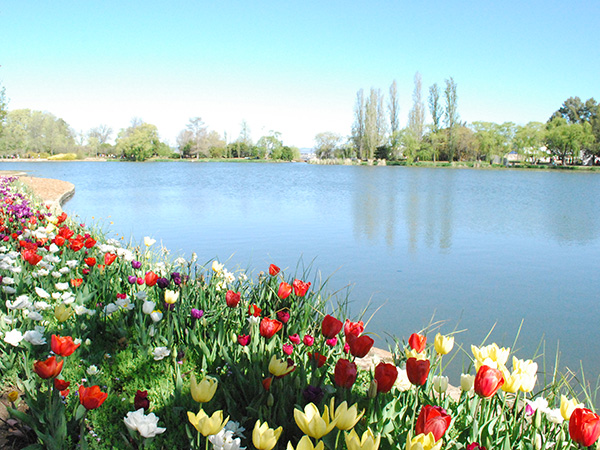 And there were even fake flowers coupled with powerful messages: 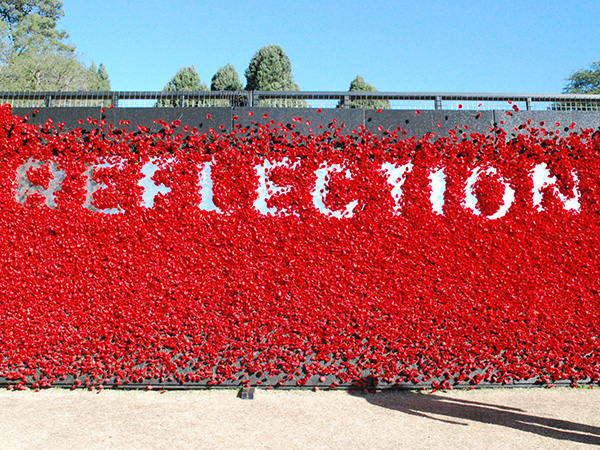 And just for good measure…. some more flowers! 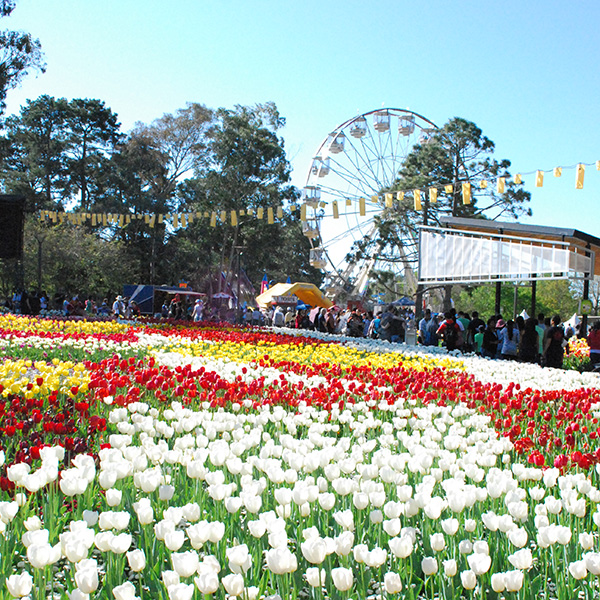 Ok, so I was a little underwhelmed for an event that people rave about. Maybe if we hadn’t gone on such a busy day, we may have been able to go on the Ferris wheel and appreciate the flowers a little more. I don’t know. But, I do know that I never need to go again. Unless they bring out something new and shiny, and I’m not talking about another mirrored Reflection wall.