Skip to content
Since moving away from the magnificent Blue Mountains, I have been trying to research places to go bushwalking that isn’t too far from home. I live about 1 1/2 hours away from Kosciuszko N.P., but I’m saving those trails for one of my bucket list items, walking the Hume and Hovell track.
In the mean-time, I needed to find some other walking locations. I found some NSW topographical maps that are hosted by the Lands and Property Information Office (google: land and property six maps and you’ll find it). I found that there were some nature reserves not too far from my town. I searched the names of these reserves but couldn’t find much information at all. I happened to come across a document that said people use the reserves for walking.
So, I picked Ulandra Nature Reserve as it was the closest to my house and got my gear ready. After weeks of rain and cold, the weekend’s forecast was 16 degrees and sunny. Perfect. 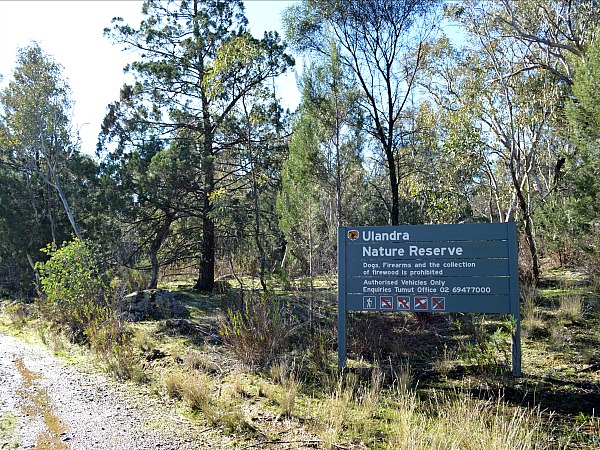 The beginning of the track is known as Eulolo Trail. 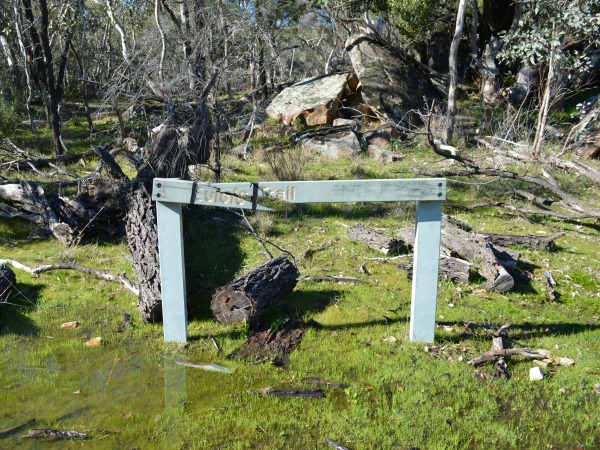 The recent rain meant some parts of the trail were a bit soggy, but not enough to be a pain. 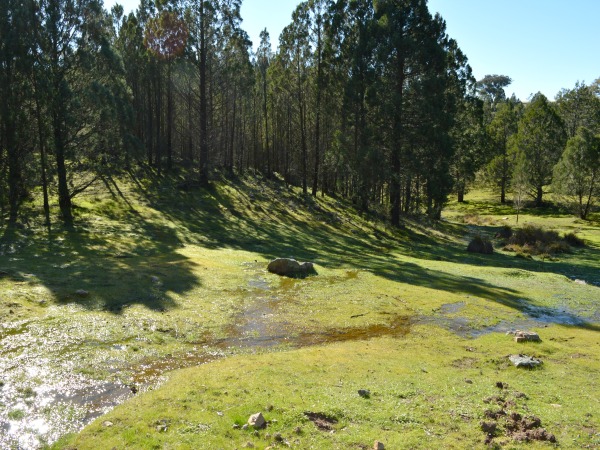 The tracked opened up onto some cleared land. 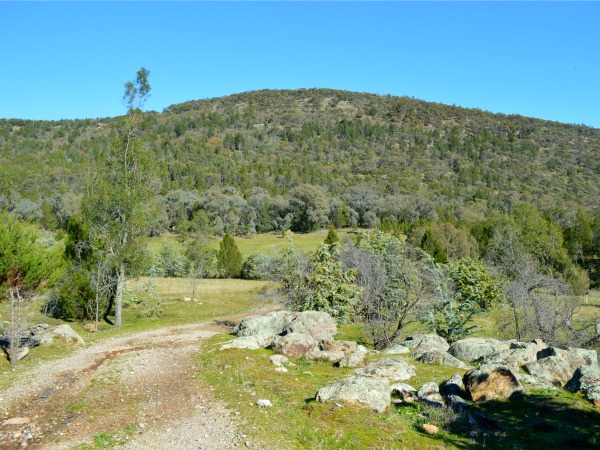 And then around the corner and up a small hill, there were some ruins. 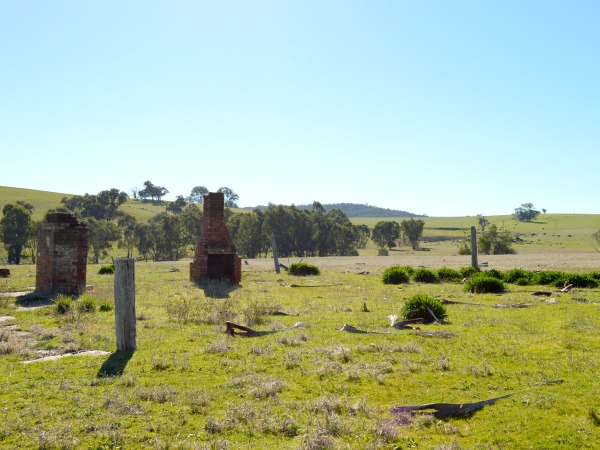 The trail continues across cleared land for a couple of kilometres and then back into some scrub. I then come across the turn-off for the trail I am here to go on, Goodens Trail. 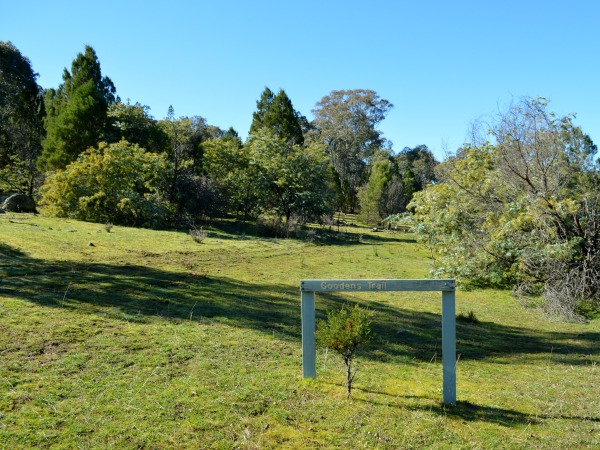 It’s a nice change as the track is softer underfoot. Not far along the trail is a small rocky waterfall. 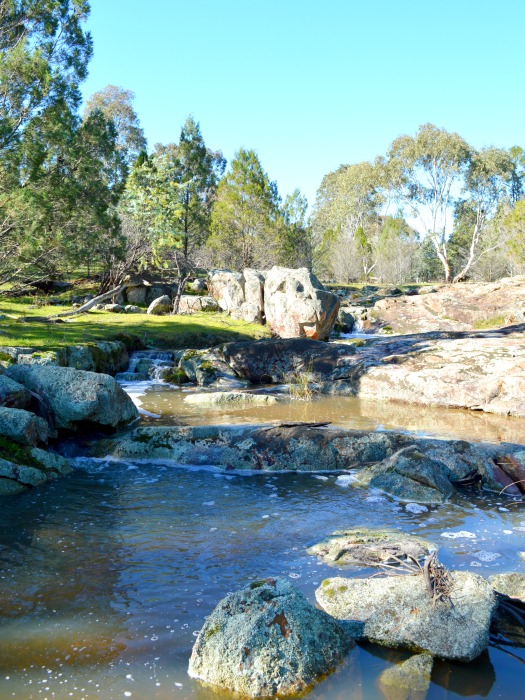 Which I decide to have a photo with. 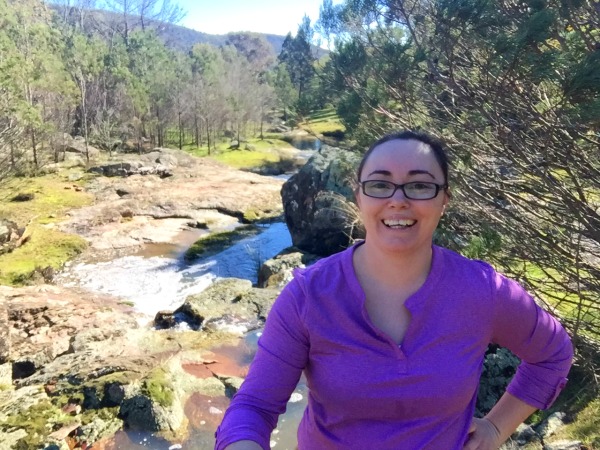 The track goes on and on and it becomes scrubby. I turn up the Pig Pen Trail, but I’m not quite sure why it’s there as it doesn’t go very far and there’s not much at the end of it. So, off I go again so I can find the end of the trail. 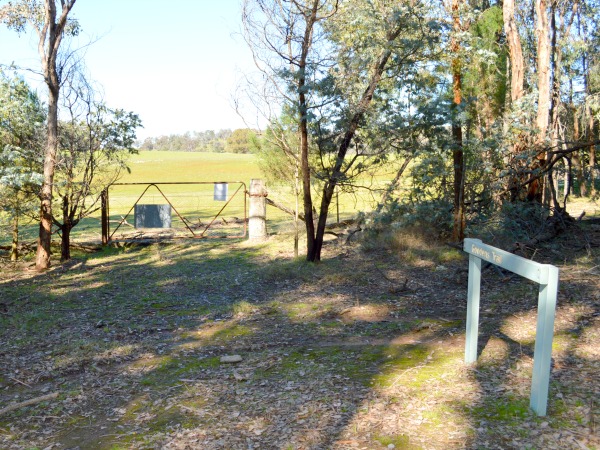 I make it to the end of Goodens Trail. I stop for lunch and then turn around for the walk back to the car. 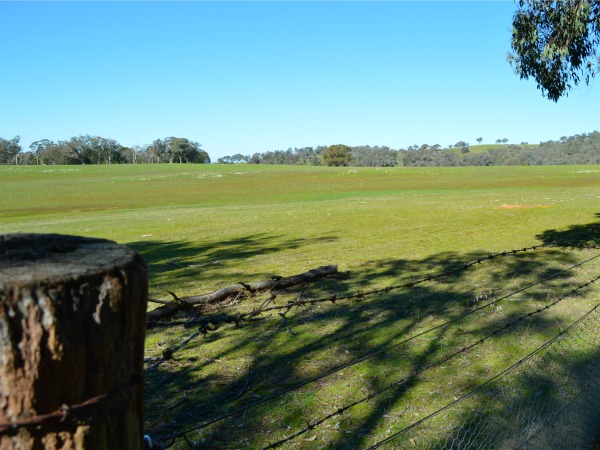 In all, I walked 14.2kms in 3hrs 15mins, with a total ascent/descent of 325m. It was a really nice walk and next time, I’ll check out some of the other trails. 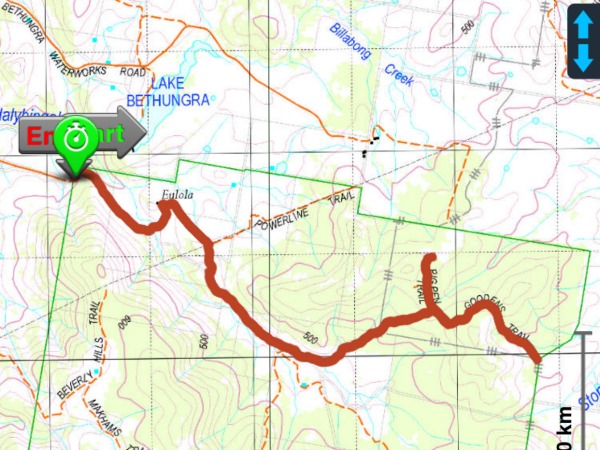