Do you ever think to yourself ‘I’ll do that later’ and then you realise it is like a whole week later? I do. All the time. I am not sure if it’s because of working nights that I seem to lose days, but sometimes I feel like a day has passed but in fact it’s been a week. *Sigh*

Well, at least I have some layouts I can share. The first layout is in Lusi’s Top 10 feature in this months Scrapbook Creations. The topic was embossing. I love heat embossing with powders so that’s what technique I went with. I embossed onto acetate so you could cut out the pieces and adhere them, or you can place them over the top of lumpy bumpy things like ribbon. 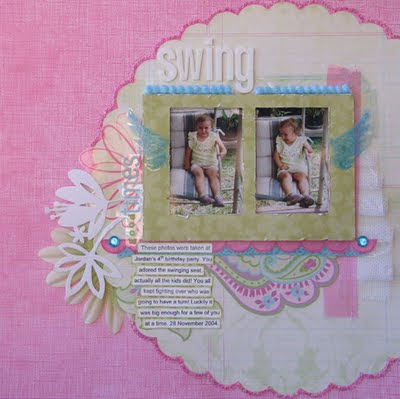 Another layout is one I did for the newsletter over at The Scrapbook Establishment. I could use anything I wanted so I thought I would have a go at using some of my Sassafras Hog Heaven range. Gotta say, it wasn’t the easiest range to work with, but it’s cute so I guess that cancels each other out? No? I used batting for the clouds from a quilt I am still making Amy. Man, I am never going to finish that quilt. 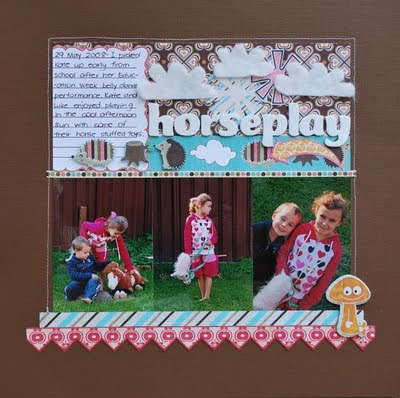 13. I asked Luke ‘what would you like to do today? Anything you want, we will do.’ You can guess the type of answers I expected – bowling, movies etc. But no. He said ‘ummm play Lego’. I said ‘anything. The park, whatever you want.’ He said ‘ummm Lego and colouring in.’ Ok. I think we can manage that. 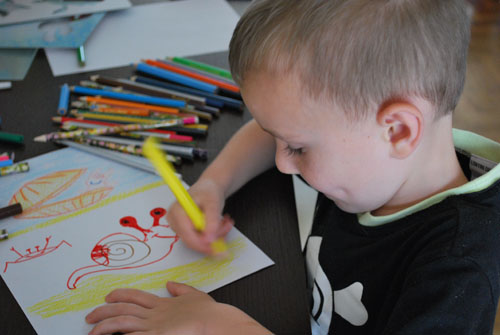 14. I went to bed one afternoon before work on that 42 degree day last week. Steve set up the wading pool for the kids and took some photos. He seems to take alot more photos now we have the SLR. I think he likes to play around with the settings and he loves the way the photos turn out. He said to me one day while we were looking at some photos on the computer that they looked real. Like you could reach out and touch them real. Yep. They do look better than anything I took with the old camera. 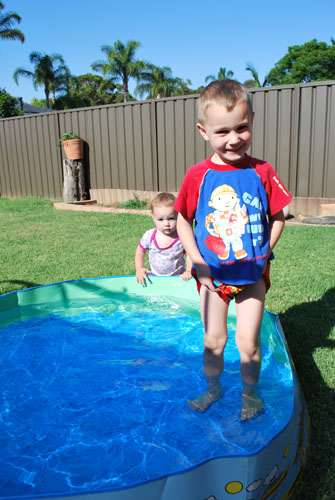 15. Just one of Amy playing in the wading pool again on yet another 40 degree day. Back to back. You would be mistaken for thinking it was hibernating season as there was no way I was going out in that heat! 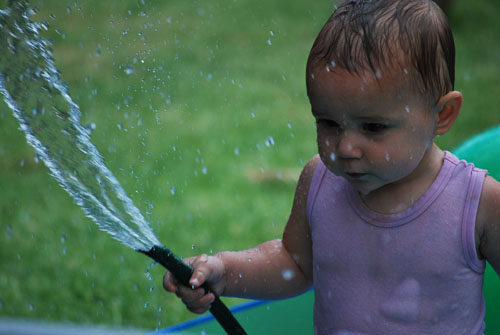 16. Amy’s first ice block – a Paddle Pop Scribbler. Not to mention her 7th tooth that has come through. Steve said ‘ahh no wonder we had a couple of bad nights.’ 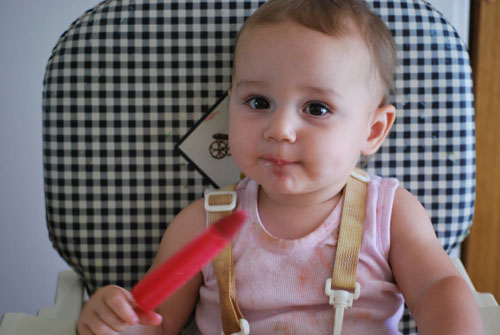 17. Oh looky, there is me and Katie-bear watching a movie. The boys were totally not interested in watching the movie and tried very hard to distract us by dancing and doing silly things to be in our way! 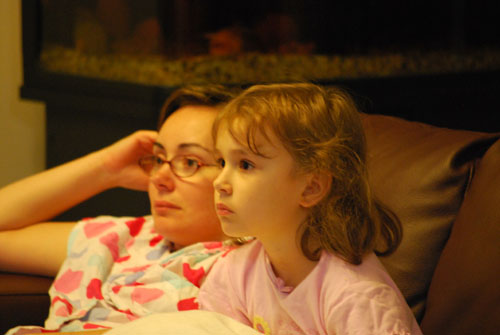 18. For Christmas, Kate asked for some Ronald Dahl books. She will be eight in March and she has always read ahead of her expected level at school. I decided, what’s the harm, if she wants to read, let her read. However, we have poblems associated with her reading. Like if she wakes up in the middle of the night she will read and then we have a hard time getting her up for school the next day. We couldn’t figure it out for ages why she was so tired in the mornings! We still never figured it out until she told us. Her teacher also says that sometimes she goes off into her own little world. I wonder how much of that has to do with her reading and an active imagination? 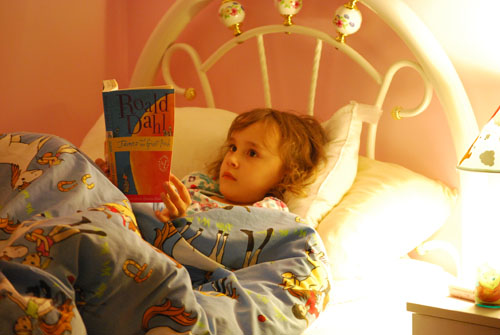 Alrighties, well sorry about the mammoth post (I hear an echo…LOL!) but honestly, life has been pretty fast paced around here! Thanks for stopping by! 😀