Skip to content
Oh looky here. What’s this? Another layout? Anyone would think I had been scrapping or something?!
This layout was created for Blue Bazaar’s April Kit. (I just had a look in the shop and it’s looks like it’s all sold out! Awesome!)
I can’t express how much I loved the AC Pow Glitter paper. I was a bit unsure at first, but after having a play, I seriously think it’s the coolest paper made. 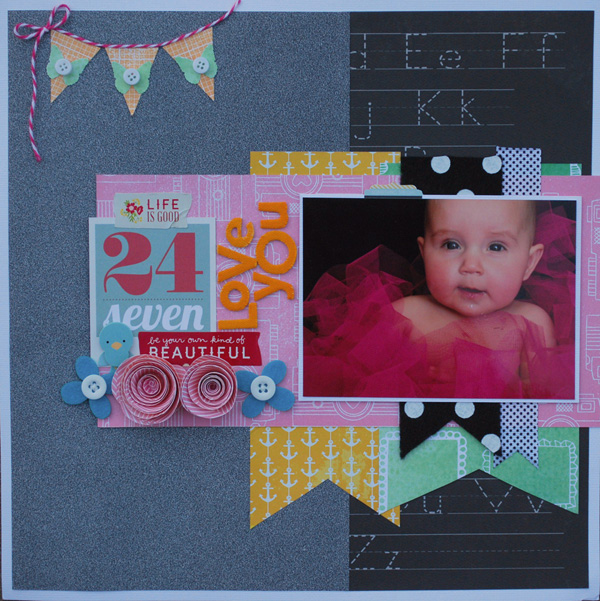 And that’s Amy at 6 months of age. I used to worry I would run out of photos to scrap, but I really don’t think I’ll have a problem with that. For one, I’m a slow scrapper and the process is just as enjoyable as the finished page. And secondly, I am so busy that I don’t scrap near as much as I would like to! And thirdly, I take a bazillion photos.

0 thoughts on “A Blue Bazaar Layout.”