Skip to content
I know, I’m all out of whack and I’m out of order, but I just came across this years Halloween photos.
Luke wanted to be an Army man this year. It’s not the first year he has wanted to go as one. He really wanted me to make him camo pants and a bulletproof vest. We set off to Spotlight and grabbed some camouflage drill and some puffy quilted black fabric for the vest.
The pants were super easy to make. I just traced a pair of his tracksuit pants and allowed room for no stretch. They honestly took less than 30 minutes all up to make. The vest was made in a similar fashion, I just traced a t-shirt and then made it larger and with no sleeves. Really, it was super easy.
Luke’s hat has almost been blown off in this photo, what is it with it being windy every Halloween? 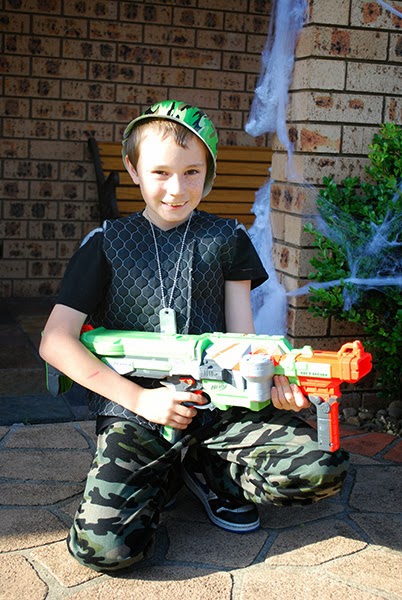 Amy’s costume was even easier. The only part I had to make was the tail, and by make, I mean stuff a stocking with newspaper. Yep, a cat would have to be the easiest costume. A leotard, a skirt for modesty, ears, a tail and some whiskers. Too easy.
Amy drew her own whiskers on. 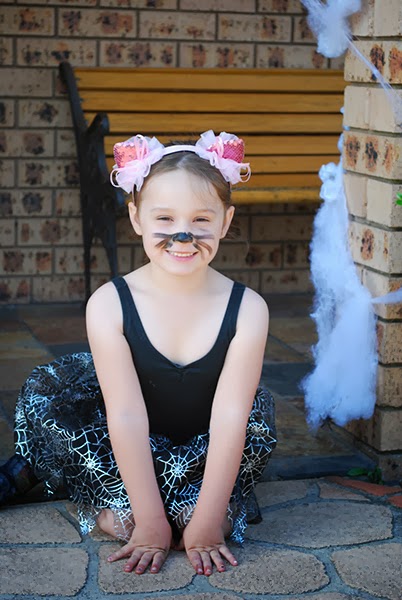 Nope, no Kate this year. She went to a friends house for a party and to go trick-or-treating. But here’s the other two evil weevils: 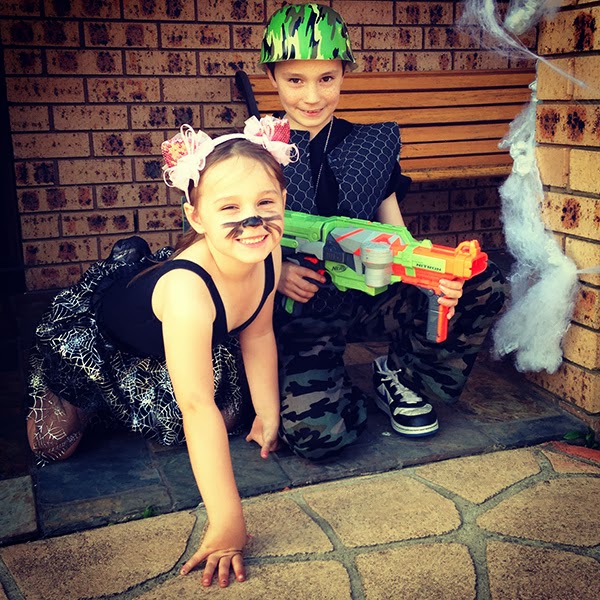 I wish we had Halloween when I was a kid. How awesome is it to dress up and get lollies?!?!