I love the concept of Halloween. Honestly, who doesn’t like dressing up and getting lollies? As usual the kids get to choose what they would like to dress up as. Of course I gently try to steer them in a direction that would make it easier on myself, but alas, they never take the hint. 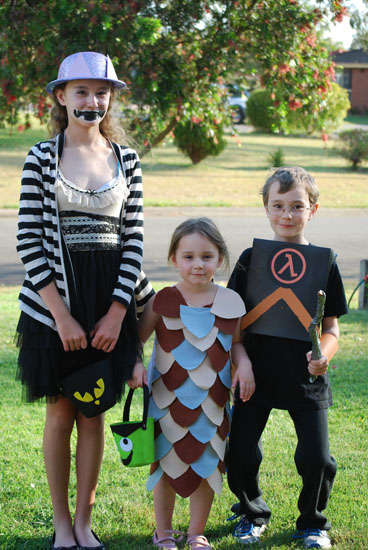 Kate hasn’t been in the last couple of years. I think she outgrew the idea. She tells me that it was just because there was nothing she wanted to dress up as. So this year she wanted to be the Cheshire Cat. Of course it was on the eve of Halloween that she decided this. I had no costume or even any clothes that we could transform in to a pink and purple stripy cat. However, Kate did have some black and white clothes that she thought she could use. Kate designed almost every part of her outfit. The only part she didn’t design were the cats ears. I take full credit for cutting them out of a piece of cardstock. I’m talented, I know. 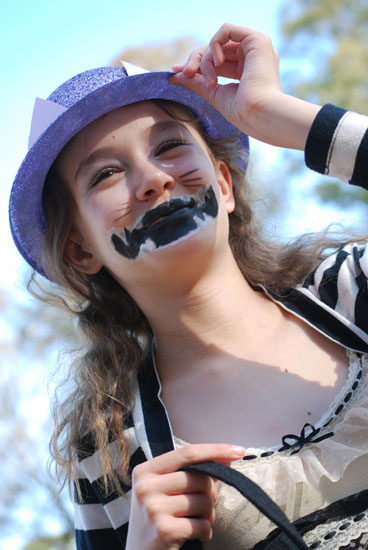 Luke wanted to go as Gordon Freeman. I had no idea, either. Here’s a link to his wikipedia page. I love that a fictional character out of a computer game has his own wiki page. Anyway, I digress. I had absolutely no idea how to make this costume and time was not on our side due to my laziness. So, just how do we make a suit of armour? An empty box that the chips came in, of course! We painted it all up and this was the end result. Oh and the stick is a crowbar. I guess modern day heroes don’t need guns. 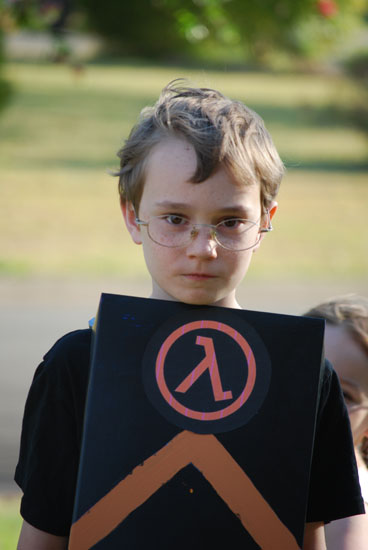 Amy wanted to be an owl. I had all the material from two years ago as that was what Kate wanted to go as, and then decided she didn’t ‘do’ Halloween. I created her outfit in one evening. It didn’t take long to cut the feathers out and sew them on to a shift I made by tracing out one of her nighties. It really was super simple. Although by the time I got to the top I was bored of sewing, hence, the crappy feathers around the neck. I will fix it if I need to use the costume again. Maybe. 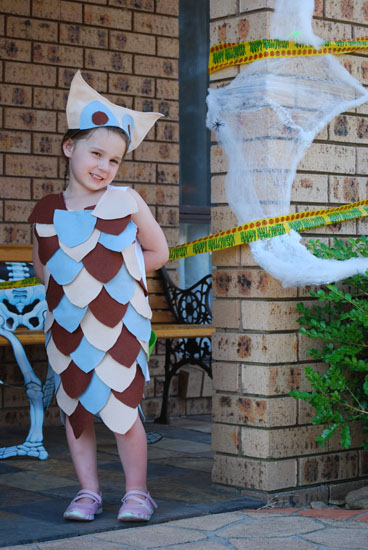 The kids received so many lollies, it wasn’t funny. The general concensus in the couple of streets that we go to, is that there weren’t many trick or treaters this year. Probably because it was a school night. You know what that meant… yep, extra lollies for the kids who did go around! It was really fun, like usual and I wonder what the kids will choose to be next year?

0 thoughts on “Ghouls and Goblins”